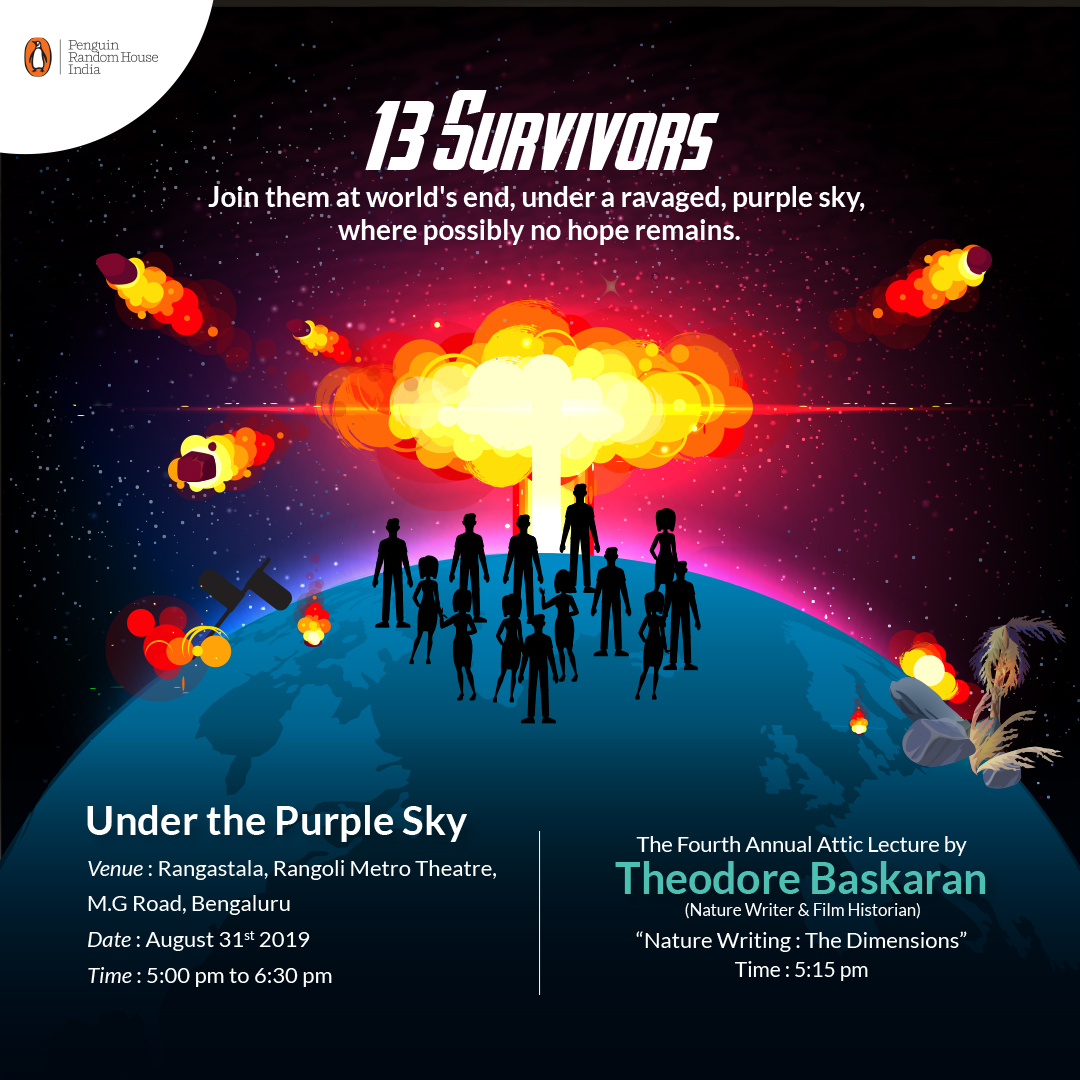 The Annual Attic Lecture Series seeks to celebrate the power of literature and its presence in our lives. Anita’s Attic is proud to present “Nature Writing – The Dimensions” by S. Theodore Baskaran, as this year’s annual Attic Lecture.

In an illustrious career spanning several decades, S. Theodore Baskaran has written innumerable critically acclaimed articles and books, in both Tamil and English. His second book, The Eye of the Serpent (1996) won the National Film Award for Best Book on Cinema in 1997. Mr. Baskaran is an avid conservationist, a former honorary wildlife warden and the South India Representative of the International Primate Protection League. A former trustee of the Indian arm of the World Wildlife Fund, he is a regular contributor on conservation for The Hindu and the Frontline magazine. Mr. Baskaran is also a former Chief Postmaster General for the state of Tamil Nadu.

Join twelve writers, mentored by Anita Nair, as they present their literary work through a performance entitled Under the Purple Sky

Anita’s Attic, a twelve-week creative writing mentorship program by renowned author Anita Nair, concludes its seventh season with a graduation ceremony and a unique narrative performance based on a post-apocalyptic theme. Twelve budding writers will present their gripping adventures in this eerie world, written especially for this event, at Rangasthala, Rangoli Metro Theatre on Saturday, 31st August, at 5:15 pm.

The graduating class of 2019 consists of authors, poets and screenwriters spanning multiple genres – from crime, fantasy and literary fiction to the magical world of children’s fiction and the timeless wisdom of Health & Well-being. The writers hail from diverse walks of life, across India and the world. They are driven by one common motive – to produce well-crafted, qualitative and compelling work that gives form to each of their individual, literary ‘voices’.

The Attic’s graduation event is being partnered by Namma Metro and Bangalore’s famed Rangoli Metro Art Center. The Center has been a long-standing patron of the fine arts and is host to a variety of cultural programs, public installations, and a steady stream of innovative ideas.