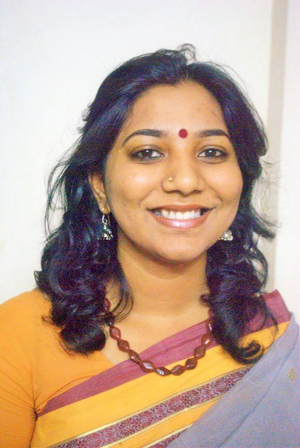 It is a matter of pride and joy when one of the writers of Anita’s Attic has his or her writing published. Krupa Ge is a fine young writer from Chennai who comes to Anita’s Attic every week from Chennai. Her stories step aside from the conventional world of mainstream fiction and instead seek to locate itself in the lives of the peripheral and marginalized segments of the Tamizh society. There is texture and flavour as well as a great sensitivity. Here is one of her recently published stories in the Open Road Review. http://openroadreview.in/middle-class-heroine-by-krupa-ge/

Krupa Ge has a gold medal in MA Sociology from the University of Madras. She has worked as a journalist for over seven years now. Her short fiction has appeared in Spark Magazine, Muse India, The Bombay Review, The New Asian Writing Short Story Anthology 2014 and Indian Literature, among other electronic and print journals. Her non-fiction work has appeared in The Hindu, The New Indian Express, The Alternative, etc.