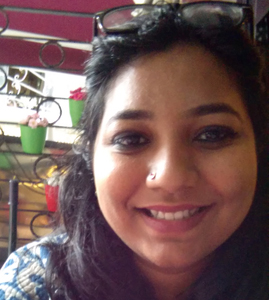 As I secretly follow my dream of : Writing stories that will make the goddesses of feminism proud.

As good as : I can be right now. But my heroes are the likes of Jamaica Kincaid

Jacaranda Press has signed on Krupa Ge and will be representing her on all matters publishing, Indian & International.


About being a part of Anita’s Attic Creative Writing program

It’s only been a while since I completed the creating writing and mentoring programme at Anita’s Attic and I can already sense something shifting inside. A quiet confidence has taken the place this creeping sense of disappointment that came from the fact that my writing was not “going anywhere”. I owe almost all of this confidence to Anita for telling me exactly what to expect from a life in writing, at these sessions. Just that. A life filled with honest writing. And not expect it to take me anywhere, right away. To patiently nurture the stories inside me and to treat them with dignity. She was able to identify my voice and pull it out of me, even as I was struggling with re-adjusting to a new life where I had quit a full-time job that paid me handsomely, to write. And this is no small gift.

The time I spent at the Attic was arguably the best 12 weeks of my life. I do not say this lightly. To think about writing, and to have someone else take you and your work seriously is all you ever want as a writer. And that is exactly what Anita’s Attic gave me. Meeting with so many different people from the publishing world at the workshop has also helped me have realistic expectations and set realistic goals for myself.I gained a lot more than I thought I ever would when I signed up for this workshop.

Anita’s notes on my work and her contribution to the collection of short stories I am working on has been immense. I can actually see the difference in my work now. Her sense of what works and what doesn’t, what you can do and what you cannot are impeccable. In Anita, I know I’ve found a mentor for life.

Krupa Ge is a writer and editor from Chennai. Her reportage and cultural writings have appeared in The Hindu, The Caravan, The Wire, Firstpost and The Ladies Finger, among others, over the last ten years. She is a consultant editor for the Economic and Political Weekly’s ‘Postscript’ section. Her short fiction has appeared in Voices from the Attic, Scroll.in, the Sahitya Akademi’s Indian Literature, Muse India, Blink Ink, among other Indian and international publications. She won a Laadli award in 2017 for her column ‘Ms. Representation’, which appears in The New Indian Express every Wednesday. She was awarded a Jayanti Residency for the year 2017. She won the Toto–Sangam Residency Fellowship in 2016 and was shortlisted for a Toto Prize in Creative Writing the same year.

Her first book “Rivers Remember” was published by Westland. You can buy it here. 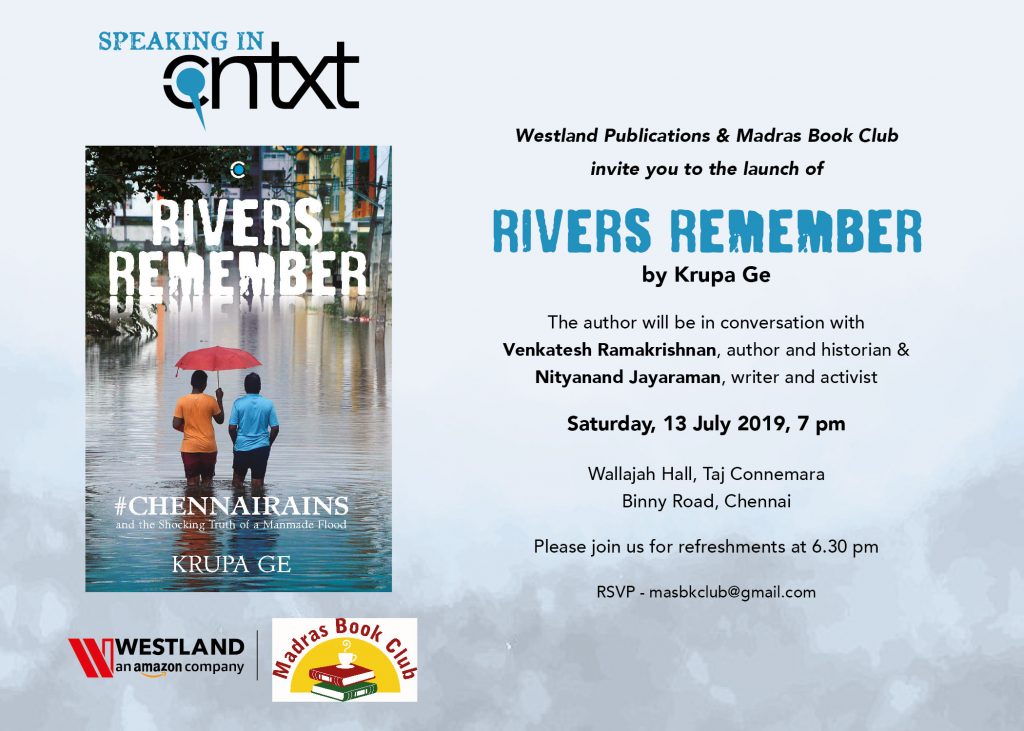