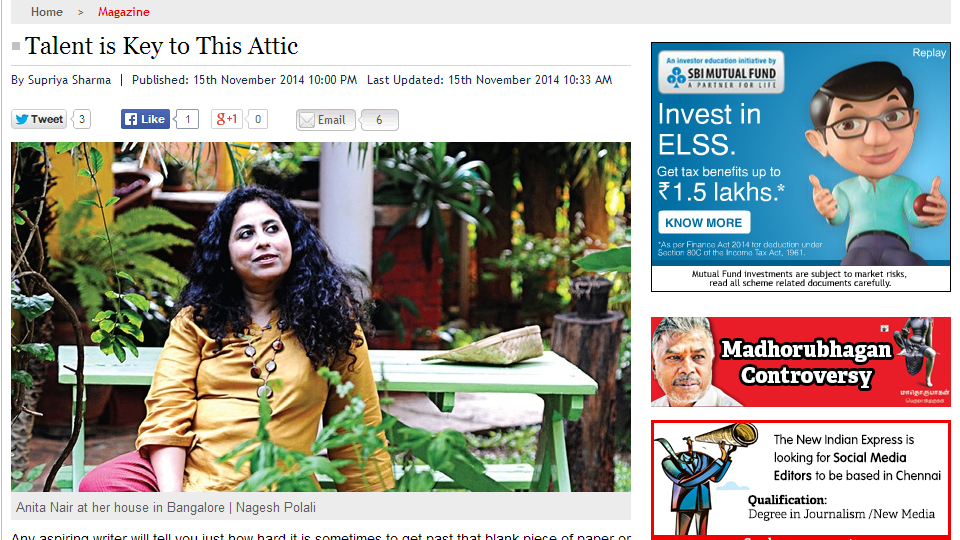 Starting January 24, the 12-week programme will be spread over 12 five-hour classes every Saturday at Bagalur Main Road in Bangalore. This endeavour is supported by *conditionsapply, a Bangalore-based digital advertising agency. “There are quite a few creative writing courses around but aren’t really about helping people find their voice and nurture it. It is mostly formulaic techniques. It [Anita’s Attic] seemed like a good idea because I was thinking of my own journey as an author and how much I had to flounder around before I knew what I was doing and how I was going to write,” says Anita. “I also think it is very unreal when you have a back-to-back two-week programme. A writer doesn’t have time to go back and look at their own work and think about it. It is just writing under pressure which is not how you’d really want to write. So I wanted to build in that much of time to actually write something substantial that would bring out the best in that writer,” she adds.

Read the complete article as it originally appeared here.