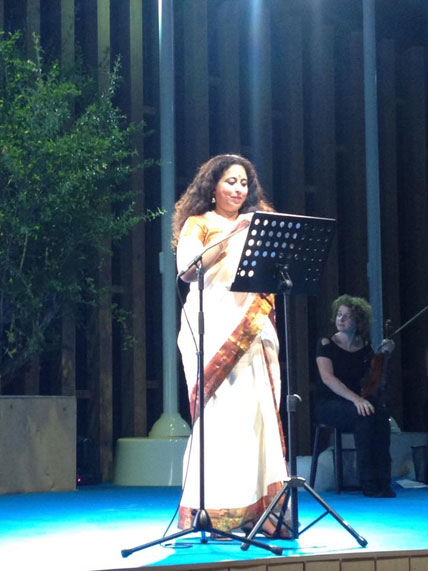 Last year when the Women for Expo reached out to me saying they would like me to be an Ambassador of the project, I really had no idea what it meant. That it was about sustainable food was good enough for me to go forward with the project.

Then came the proposal to be part of the Novel of the World where 104 writers from 100 countries would write a piece on food in 28 different languages. Yet again I agreed but it was only when I started writing I realized what it was all about and how that short piece led me further to writing a novella which had lain dormant in my head for a long time.

It was as if The Theater of the Table was the conduit to Alphabet Soup for Lovers [ or L’alfabeto Delle Spezie as it is called in Italian].

And then came the invitation to the reading marathon where writers and actors would read out pieces from the Novel of the World.

All through that evening I saw young men and women walk around the Expo holding out individual texts of the writers who had contributed to the Novel of the World asking if they could read aloud a story. 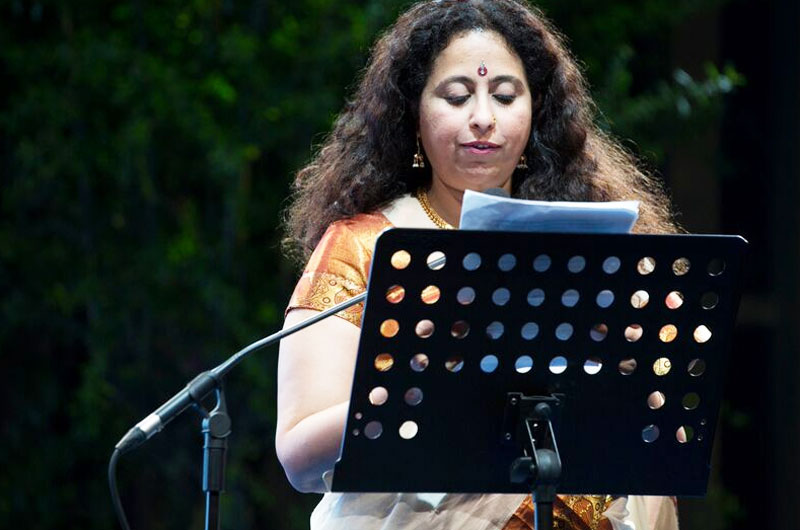 I saw men and women leave the Expo clutching their copy of the Novel of the World given gratis to anyone who wanted it.

Complete text of the short story read at Expo Milano 2015

I saw a celebration of the written word and a focused thought. It felt right. It felt good !

In Conversation, as part of the Women’s Weeks of Expo Milano 2015