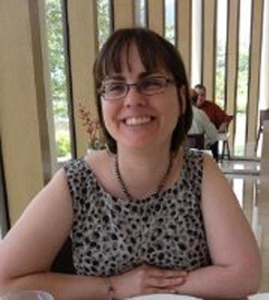 I am : a vagabond traveling first from one US state to another and now from country to country. Some call me a female Jack Kerouac, minus the box cars and the Buddhism. Well, not really, but it sounds cool, doesn’t it?

Presently biding my time : editing my first draft and drinking lots of filter kaapi in Bangalore

As I secretly follow my dreams of : being a commissioning editor at a major publisher

I came to Anita’s Attic with one goal: Finish the damn book!

For almost two years, I had floundered in an undisciplined hell called my own mind. First, there was the crazy, funny, and a little too autobiographical draft, or as I like to call it: Damn! You mean my life is supposed to have a plot?

I realized after about six months that this wasn’t the book I wanted to write. So, I started a new, more experimental draft for NaNoWriMo in Korea in November 2015. I managed to write only 25,000 words and promptly froze. Fear overtook me. I didn’t work on the draft even once after November. Self-doubt and worry set in. I wasn’t blocked—I wrote plenty of blog posts and short stories during this time—but I was stuck. In May 2016, I heard about Anita’s Attic and knew the program would help me confront the fears that were blocking my progress.

In coming to Bangalore, I hoped to find three things: a renewed energy, discipline, and guidance from a professional writer. I found all three here at Anita’s Attic, just as the tag line promised. Anita’s greatest gift to me was helping me work through major structural issues. Issues I was blind to, proving that even editors need editors. I’m proud to say that I am now editing the first draft.

Jean Spraker is an American writer/editor who used to be an editor/writer. One day, she hopes to be a whole person without the “/.” She is an award-winning technical and marketing communications editor whose clients have included HP, Weatherford, and Baker Hughes. She blogs at jeanspraker.com, where she writes about her travels, reviews books, and occasionally shares her short stories. Jean loves Indian food and has been published on India Food Network. Although it’s probably difficult to tell from reading this bio, Jean has a silly side and won HarperCollins’ Silliest Autobiography Contest. Her story has been published on the HarperCollins Harper Stories blog. Her short stories Hot Toddy and The Gulab Jamun have been published in Unbound e-Magazine.