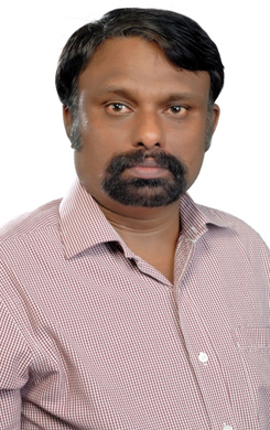 I am : From Thrissur, Kerala

Presently biding my time : Nurturing the creative side of me

As I secretly follow my dream of : Being a great novelist

As good as : Roald Dahl

If Alice was a budding writer, Anita’s Attic would have been her wonderland. Anita Nair’s magic touch transformed my clumsy first draft into a novel well worth publishing. Along the way I came face to face with elusive beings from a parallel universe. A literary agent, a couple of writers, a journalist, an editor and a publisher from the literary sky, lit up our Saturdays at Anita’s Attic. A motley yet talented group of fellow writers supported and spurred me on every inch of the way. Eleven writing Alices found their voices at Anita’s Attic. And I was one of them.

Vestin Verghese is a writer. Vestin Verghese was the magazine editor of his Anglo-Indian school. He went on to represent the Thrissur Veterinary college and won prizes in short story writing and essay writing at the University level. Vestin Verghese won the Times of India ‘Funny Valentine contest’ in Hyderabad. He wrote for the Youth Express. He was also a columnist for City Journal, a local newspaper. Vestin Verghese has written extensively for children. Over a hundred of his pieces have appeared in Magic Pot. He has made telling contributions to Tell Me Why, the magazine which won the National award for scientific communication in 2015. Vestin Verghese is a passionate night-time writer. During the day he works as a vet. Currently he is honing his writing skills at Anita’s Attic in Bangalore. His much awaited children’s novel is expected to hit the bookshelves this year. He may be reached at vestinwrites@gmail.com.